The Small Nephew at One

I haven't really been around babies much. I used to babysit, but only for kids old enough for their parents to trust a youngish teenager with them, which usually meant preschool and up. And on the two previous occasions when I had met the Small Nephew, he was either a newborn or just out of surgery and under heavy sedation.

He's not under sedation now, and he's getting to the age where babies are seriously interesting. One-year-olds can do stuff, like standing up ... ... and vacuuming! (Who knew he was going to be obsessed with vacuum cleaners? He certainly didn't get it from me.) 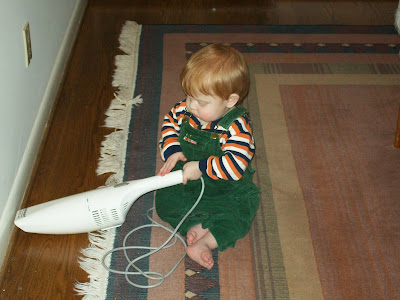 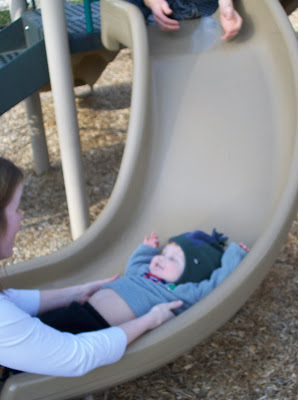 ... and screeching! (This, unfortunately, is another favorite activity, and he can hit some notes that are positively operatic though not melodious.) 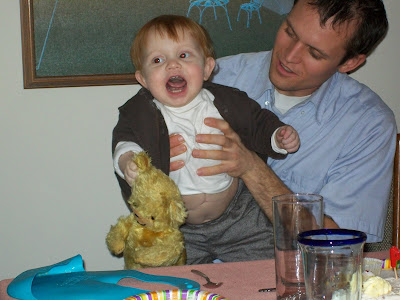 He can also walk -- five or six wobbly steps at a stretch, sometimes, before falling down -- but I was sadly unable to capture this on film. And he's starting to talk, or at least say "Mamama" at sort of appropriate moments. One is a cool age.
Posted by Fretful Porpentine at 7:20 PM

Perhaps his parents can put him to work on other housecleaning duties too!

Let's hope the vacuuming continues. But yes, it's just so amazing to watch them!