Travelogue, part 3: On Shakespeare and Travel

So, my last travel post got me as far as the Greek islands -- Rhodes, to be exact. There was another continent right across the sea, one that looked temptingly near and tantalizingly new and strange. So I got on a boat and went there. 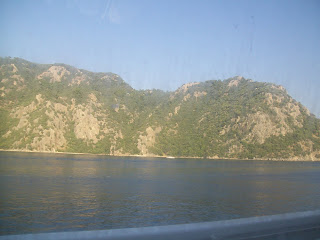 I paid my 15 Euros for a visa, and went outside the ferry terminal trying to get my bearings, and went to an ATM to get some Turkish money. More or less immediately, a man approached me and asked me if I needed a place to stay. I said no, I already had a reservation. Then he asked, "Are you Fretful?" and for a moment I felt as if I had come to a very weird place, and he said "There are two ways to get there, you can walk twenty minutes that way or you can take a taxi." And then I worked out that he was, in fact, the owner of the pension where I had a reservation, which also happened to be the most popular backpacker-type place in town, and there was nothing weird about it at all. But for half a minute, it was all very uncanny and disorienting, and I really understood what Antipholus of Syracuse is feeling when he thinks the town is full of witches. And I hadn't even gotten to Ephesus yet.

(I went to Ephesus the next day. It was pretty amazing.) 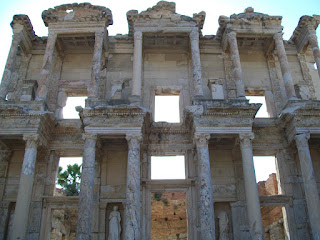 This is what's left of the temple of Diana. (You know, the place where long-lost children go to be reunited with their mothers. Because when you've been separated from your husband and kids through a maritime calamity, becoming a priestess of Diana or an abbess or something is The Thing To Do.) 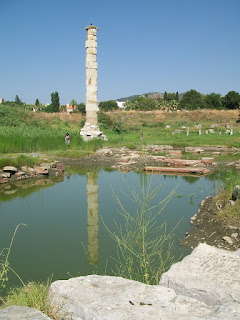 What I hadn't known is that it is quite a way from the ancient city of Ephesus, easily a mile or more down the road. I walked. It was very hot and there were goats. It was fun to imagine the whole pack of them -- Antipholus and Antipholus and Dromio and Dromio, and Adriana and Luciana and the goldsmith and the courtesan -- running pell-mell down the road.

You might have gathered that I like traveling to places that appear in Shakespeare's plays. Actually, I kind of want to travel to all of them, and maybe take one of those plush Shakespeare dolls with me, only Pentapolis poses a problem, since it's apparently in Libya.

The first time I went to Venice (OK, sadly, so far it's the only time I've been to Venice), I wrote this in my travel journal: Walked through the old Jewish ghetto, trying to imagine Jessica throwing down a casket of jewels from a seventh-story window. (I've come to the conclusion that I read too much fiction and not enough history; I keep thinking: that is the sort of palace Brabantio would build; would Othello have walked here?)

Eight years later, I'm not sure I care that I don't read enough history. Fiction is fun. And sometimes you learn unexpected stuff, as I did when I went to Windsor three years ago and realized how incredibly imposing Windsor Castle is, and how the whole town is pretty much in its shadow. And how much you don't get that feeling from reading Merry Wives, where it's just this place in the background, and people talk about the court every now and again, generally in not-especially-flattering terms. (Which, actually, totally tied in with the argument I made in my dissertation chapter about that play, only I hadn't gotten it on a gut level before.)

So if I'd had a little more time to explore, I think I would have liked to go to Mytilene and Tarsus and Antioch and Philippi. (Sadly, I didn't. I went to Istanbul instead, by the overnight bus, which was a little surreal, especially the part where they put the bus on a boat to go from Asia to Europe.) But then, you always have to save something for next time. 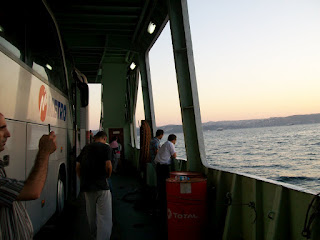 OK, here's a silly question for anyone who teaches Shakespeare classes with lots of theater majors: what do you do with students who are Afraid To Speak Macbeth's Name? Do you call them on it, or do you just ignore it and let them use whatever silly circumlocutions they like? (I have been doing the latter, but I'm starting to think it might not be a good idea. I mean, this is an English class, and surely they can act not-superstitious for fifty minutes in order to conform to the norms of professional discourse in literary studies.)

Also, is there any way to get them to call a play a play instead of a "show" without sounding ridiculously nitpicky?
Posted by Fretful Porpentine at 8:09 PM 4 comments:

My dad went back to the US, and I took a plane to a much hotter and sunnier country. The hostel in the capital had a rooftop bar with quite a view. 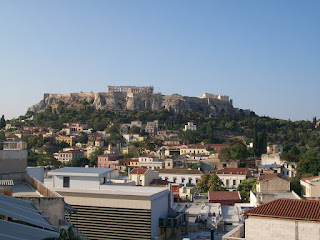 Here there were many ancient ruins. 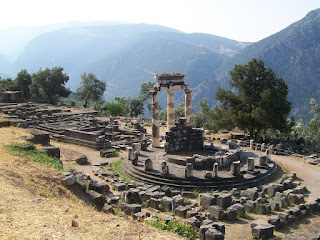 I took the overnight ferry to an island: 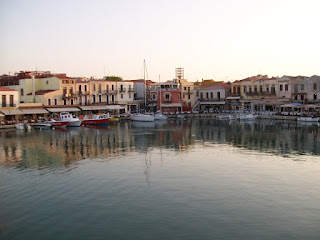 I went to visit King Minos, but he wasn't in. His interior decorator had done some pretty impressive stuff, though. 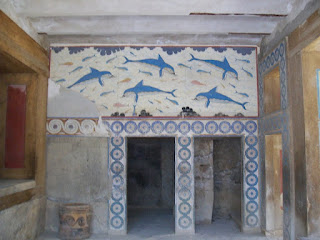 I continued on to another island, this one more medieval than ancient. 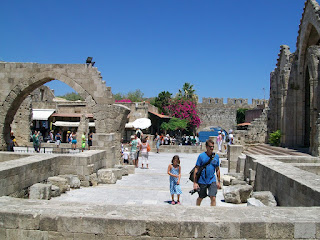 So, first I went to a cool and rainy country. 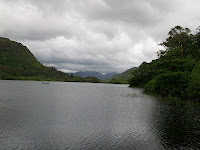 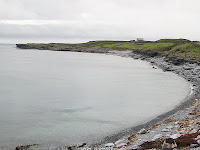 And there were many cliffs. 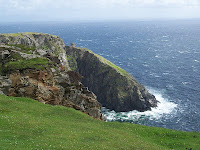 (My dad was with me for this part of the trip, so we did quite a lot of hiking, and even tried to climb a mountain; which, however, was not a great success as it was entirely covered in bog.)

We traveled north, across the border, and found some murals. 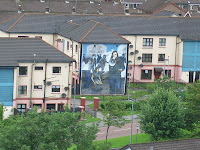 There were also a whole bunch of hexagons. 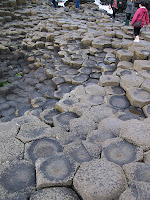 And a puffin. (With Dad along, you do a lot of birdwatching as well.) 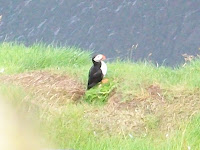 Six weeks. Five countries. Four different types of currency. Three languages that I do not speak AT ALL, not even to say hello and thank you. Two completely new alphabets to learn. One lost-backpack incident (the backpack was retrieved; a few other items, such as the backpack cover, my bottle of Dr. Bronner's, and the hairbrush I bought at the one-Euro store, were not so lucky).

I shall try to do a more substantive travel post later, with photos and everything; for now, I will say only that I have a new appreciation for air conditioning and cold water, and that I really want to do it all over again, only going to different places this time.
Posted by Fretful Porpentine at 7:05 PM 1 comment: