Courseblogging: A Knight ther was 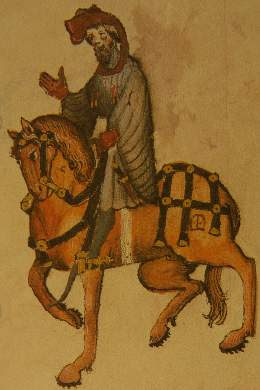 We started Chaucer this week, and it was lovely. I feel like I have plenty to say for a change, and so do the students, and we're all on familiar territory again, although this is the first time I have taught The Knight's Tale, and the first time most of them have read it.

The students didn't entirely take to it, although they were at least willing to wrestle with it and engage with it. Admittedly, it's a hard sell as Canterbury Tales go -- stately and deliberate pace, no fart jokes, and a narrator who has a habit of spending fifty lines at a time describing all the things he's not going to describe. For all that, it's one of my favorites, and has been ever since I first read it as a junior in college.

What blows me away, again and again, is the sheer darkness of the Knight's vision of the universe -- which is all the more bleak for being couched in such lovely poetry. Listen.

My cours, that hath so wyde for to turne,
Hath more power than wot any man:
Myn is the drenching in the see so wan;
Myn is the prison in the derke cote;
Myn is the strangling and hanging by the throte;
The murmure and the cherles rebelling,
The groyning and the pryvee empoysoning...
Myn is the ruine of the hye halles,
The falling of the toures and of the walles
Upon the mynour or the carpenter. 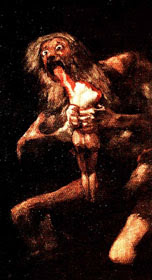 After that -- after we hear what actually goes on in the heavens -- Theseus' own attempts to rationalize suffering, to look at the world and deduce the existence of a benevolent Firste Moevere and a "fayre cheyne of love" -- well, they ring a little hollow. They are necessary fictions, if we are to find the courage to live in a world where young men die painfully and needlessly, but they are not The Truth.

I see the Knight as a bit like the protagonist of The Seventh Seal -- a returned Crusader who has seen and caused too much suffering and too much death, who is maybe groping for redemption as he sets out on his pilgrimage, groping for meaning, but is not at all confident of finding it.

My grad school Chaucer professor regarded all of these opinions as dangerously heretical (on both my part, and the Knight's). We spent half a semester arguing about whether the gods were even gods. (He wanted them to be planets. But planets don't argue, equivocate, or play with human beings as if they were chesspieces. A Saturn who sends furies to knock people off their horses is the Saturn who devours his children, not just the Big Dude With The Rings.) Grad School Chaucer Prof also thought all of this meant I disliked the Knight, which is very far from the truth. I like the Knight. I just think nihilistic Knights are far more interesting than perfect ones.

So anyway, one of my students asked the "gods or planets" question today, and I tried to reconstruct the exact argument I'd had with GSCP, present both of our positions, and ask the rest of the class what they thought. And my very smart and skeptical student, bless her, pointed out that it doesn't make a great deal of sense to pray to planets. (She was, nonetheless, inclined to see more truth in Theseus' final speech than I do, since Love does, in a sense, triumph in the end. Most of the class wanted to see more justice in Arcite's fate than I do -- though they did agree that the ending was problematic in other ways, most of them having to do with Emelye. Somebody made the very sharp point that the Knight has lived most of his life in a homosocial world, and is probably not much used to thinking about what women want; I had to defend him a bit, since the story does register a fair bit about Emelye's wishes and desires, even as it also suppresses them. Someone else made the even more brilliant point that this tale sets up the central question in the Wife of Bath's tale, and indeed, maybe all of other the pilgrims are playing off of the Knight.)

I love this class. They're awesome. I hope we all stay this energized. I hope I can be like the Laid-Back Medievalist who taught my undergraduate Chaucer class and let me pursue heretical ideas as far as they would go.
Posted by Fretful Porpentine at 2:58 PM

Lucky You! Chaucer is such a gift to English profs!

Great to have such a positively charged class. Nice work on your part to establish that. :)

Oo, very nice. The Knight's Tale is good fun to get a class's teeth into, isn't it? And yes, I definitely think you can find a repeated "yes, but" in all of the tales to the tales that have gone before. Or more precisely, a whole lot of different interesting "yes, but"s to different aspects of the other tales.