Something unexpected is happening in the Brit Lit survey

The students are talking! I can't shut them up, sometimes! And they have Stuff to Say; some of it is offbeat or off base, but some of it is really sharp. And one of them, one of my weakest students from last semester, brought in a draft of a paper to office hours, while there was still time to fix it. (The draft in question needed a lot of fixing, and I hope to get her in for at least one more conference, but at least she had some ideas, and the impulse to make an appointment to talk to me about them.)

This is such a relief after last semester. I wish I could bottle some of this mojo and keep it for future classes.

I'm at a loss to explain the improvement -- it is certainly not my own comfort level or knowledge of the material, as this is the second semester of the Brit Lit survey and altogether rockier territory for me, although it may be easier going for the students.

Maybe it's all the visuals. For some reason, Romanticism seems to come with a lot of pretty pictures. 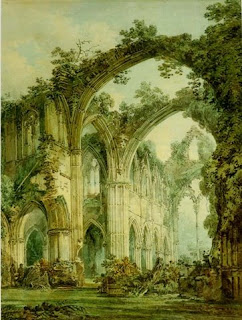 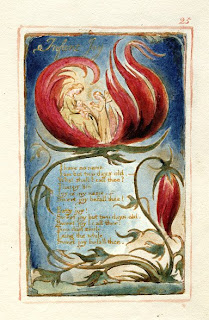 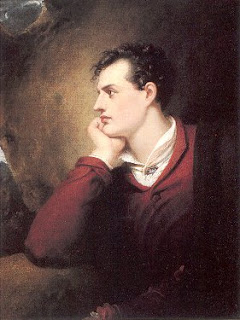 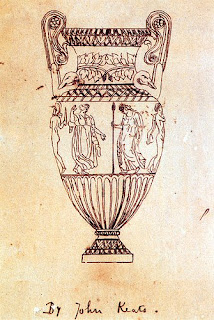 Students tend to like visual images, and be comfortable talking about them. (Truthfully, they often offer more sophisticated readings than I do; I took three or four art history classes in college, but it was a long time ago, and one of them was in Spanish. And maybe that's just as well; it means we can kick around ideas without any of us feeling like there's a massive gap in our levels of knowledge.)

Is it teaching English? I don't know. It's teaching something, and that has to be all to the good, right? I mean, if you've never seen a Turner landscape or a Grecian urn before, seeing one, even projected on a screen, is bound to widen your horizons. And most of our students have not seen these things. I can do something about this, easily and cheaply, and it's fun for all. But most of them can't find the main verb in a Shelley sonnet, either -- and of course, five minutes of looking at art are five minutes of not thinking about the words on the page. I'm taking a gamble that the tradeoff is worthwhile.

I just bought a whole slew of paperback dictionaries at the Books-a-Million, which is the only bookstore in town, so that each group of students could have one as I asked them to look closely at one stanza of a Keats ode. Some of them used them. That, too, is teaching something.

I want to give them so much -- the whole of British literature! new lexicons! new ways of looking at the world! -- and two and a half hours a week are not enough time. But they seem, this time, to be on board with it; and that, at least, is a start.
Posted by Fretful Porpentine at 3:05 PM

Yea for talking students. It may be, you know, that your relative lack of expertise makes it easier for the students. WHile we feel more uncertain when we are teaching what we do not know, we can be clearer and simpler because we don't see all the little alleys and paths that things can take. It also may be that some of them feel more comfortable with you?

And pictures, sure they help.

Yeah, I think you may be right; and I think it also helps that I'm not as invested in this material as I am in the medieval and Renaissance lit. I like Blake and Keats, but I'm not nearly as desperate to make everybody else like them, and I think that's probably a good thing.

Hooray! It sounds like you are getting into a teaching groove. Happy happy!

It sometimes seems that we still have a lot of romantic ideas about how art works and such, and that makes it more familiar to students, maybe?

capcha: illych - a Russian writer or hero of a Russian novel.